The Knob, located in Woods Hole, MA, continues to be a major attraction to the public for its nature walk, birding, marsh, coastal bank and its spectacular views of Quissett Harbor and Buzzards Bay.

Location: Woods Hole, MA 02543
There is very limited parking.
All dogs must be on a leash at all times when on the property.

The inevitable result of the sharing of this rare property with members of the general public has made it imperative to constantly evaluate the ecological damage on a regular basis and make timely corrections.

Every year we budget for needed maintenance and repairs on the property. Again, we are replacing beach grass where it is needed on the outer banks. Further, we continue to replace and repair fencing on the causeway and Crescent Beach areas due to the corrosion from the environment.

We encourage the many visitors and membership of Salt Pond to be considerate of the property. Please remain on the main trails, don’t leave anything behind when you leave and no throwing stones from the rip-rap areas are constant reminders to the Knob visitors. 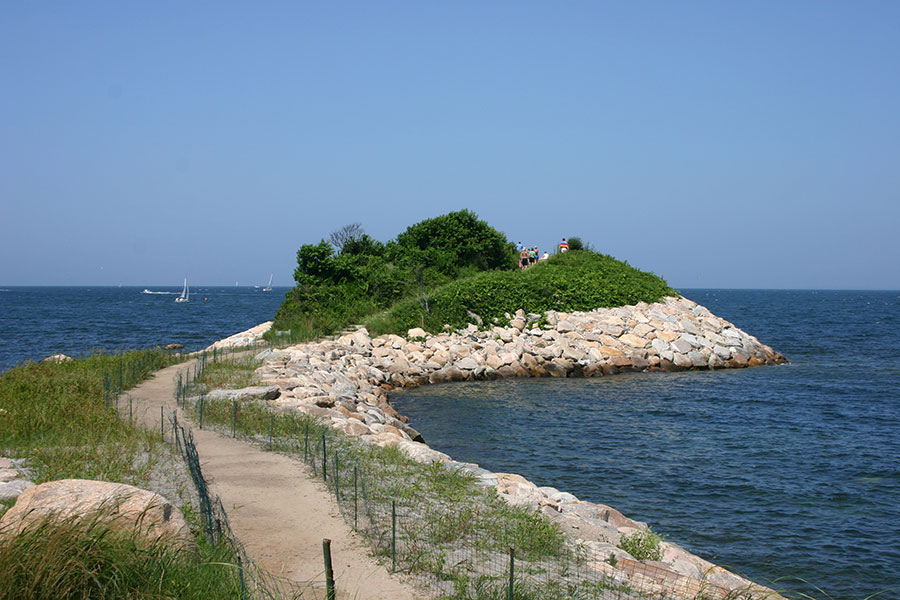 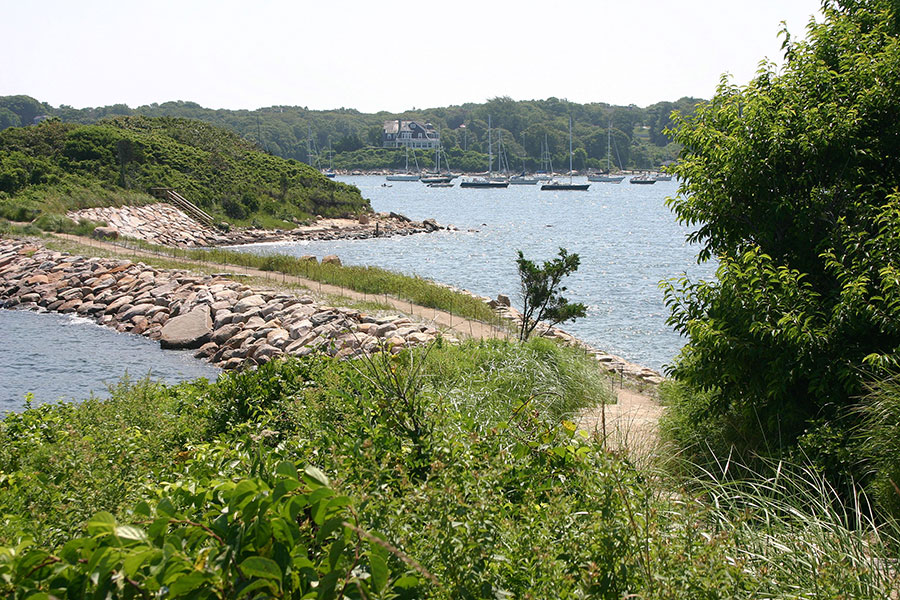 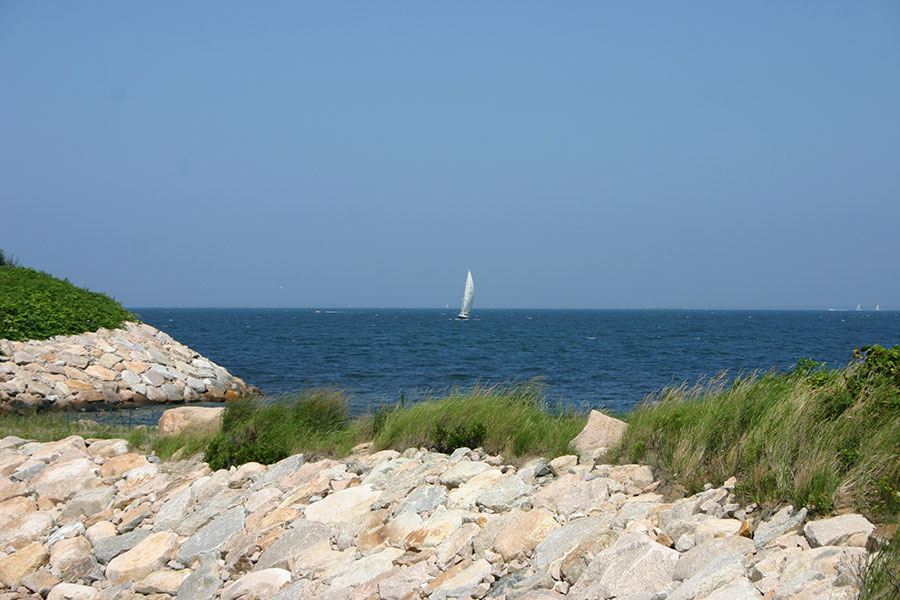 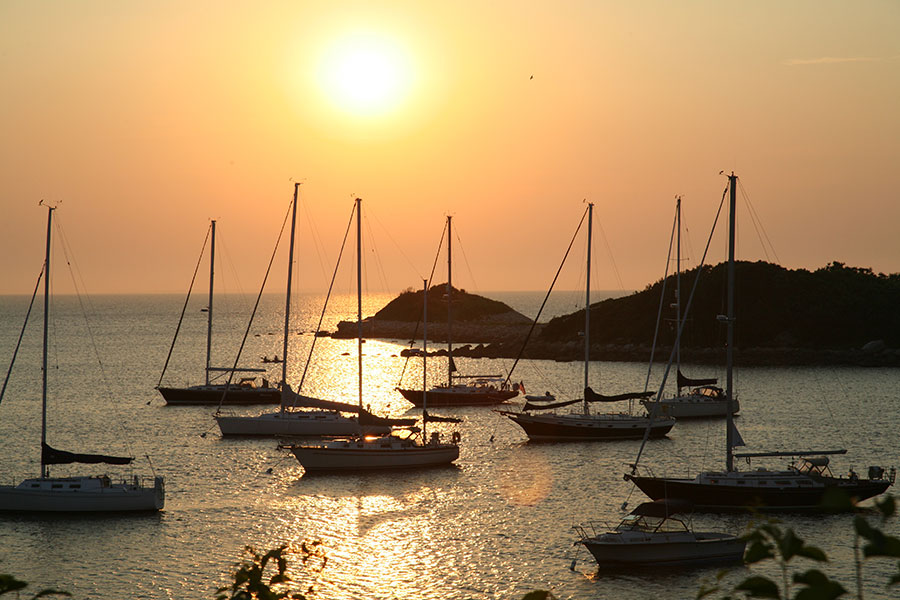 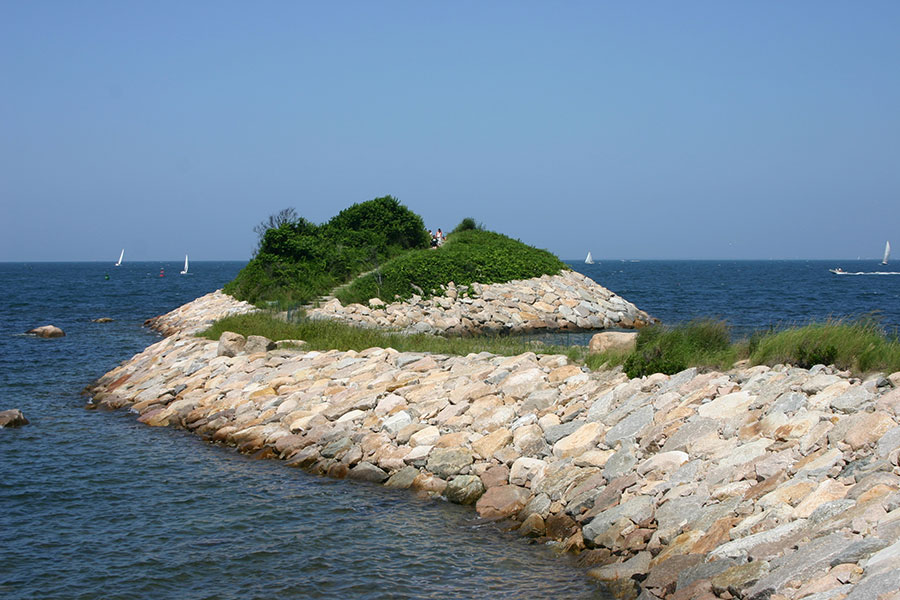 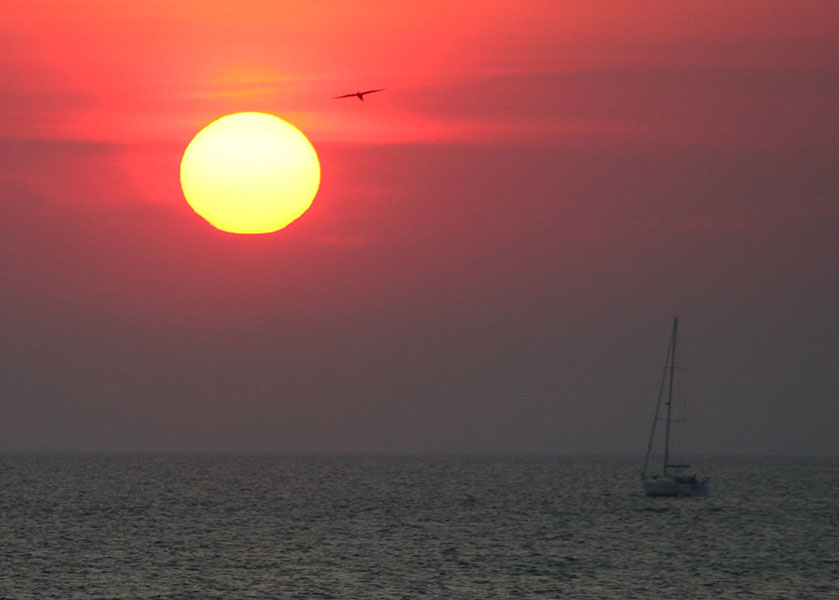 The Knob was a gift of Cornelia Carey for conservation. Before making this gift, Miss Carey added to the large boulders that protect the thin neck of the Knob from the waves.

From the top of the Knob on a clear day you see New Bedford in the west, the canal entrance to the north, and the Elizabeth Islands to the south. Enjoy the magnificent view near the top rim of boulders, or take a rest on the granite bench commemorating Cornelia Carey.

The Carey family originally acquired the land which now embraces all of the properties on Carey Land, the Quissett Harbor House lots and the Knob in the late 1870’s. The family operated the Quissett Harbor House as a summer hotel for approximately 100 years. The Knob portion was preserved in its natural state, although there are stories that the Carey’s rejected some substantial offers to purchase it for a hotel development. Eventually, this whole property, among others, came into joint ownership of Steven W. Carey III and his sister, Miss Cornelia L. Carey. Then on March 4, 1963, a subdivision plan was filed with the Land Court creating a separate Knob lot of 12.94 acres.  Cornelia eventually bought out her brother’s interest in the Knob lot which had long been subject to erosion. She contracted to have repairs made to the pre-existing stone armor at her expense by adding extensive riprap work. The work was done during the time she was suffering from a terminal illness and she lived just long enough to see the job completed. Cornelia Carey passed away in September of 1973. However, years prior to her passing on January 18, 1966 she signed her will, which included:

Mass. Audubon elected not to accept the property, and so Salt Pond, a Massachusetts non-profit conservation group, accepted the gift and became the owner of the Knob lot. Cornelia Carey, in her gift of the outer Knob, left a legacy and the Knob has become a popular destination year round.